I’m born and raised in Moscow. My father was an industrial blue-collar worker. Mom was a social worker. She organized after-school activities for minors who were in the risk zone of juvenile delinquency.

Then, I was offered employment there at the head desk for Western Europe. There, I spent the rest of the Soviet era. My job was to produce propaganda texts for distribution in Scandinavian and British media. It was either ghosting for known Soviet representatives, or editing their texts, or culling stuff produced for internal consumption. Tens of thousands of texts went through my hands. I also worked as a correspondent in Sweden and Norway.

When Yeltsin took power in the Kremlin in Moscow at the end of 1991, he sent people to APN to purge the place of those they considered enemies of the new Russia. They knew I had  worked a few months for Mikhail Gorbachev in the project team that prepared his visit to Norway for the reception of the Nobel Prize. Therefore, they considered me one of the “hostiles” to the new Russia. They fired me, with a de-facto ban on employment in government-controlled media.

In order to survive, I started a career in sales. Which is what I have been doing until now.

Below, me as a university student during the “Initiation to journalism” ceremony at the Red Square in Moscow in the late 1970s. I am the melancholic guy in the leather jacket to the left. The heavy red flags we were holding symbolized our promise to be true foot soldiers of the Communist propaganda. Behind us is the Lenin Mausoleum and walls of the Kremlin. 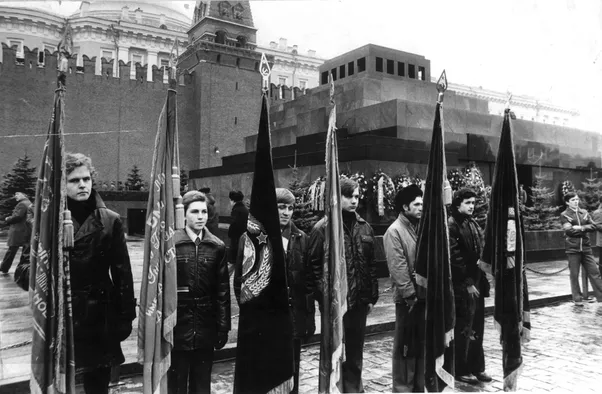 On the photo below, the hungry-looking man on the right is me. This is the late 1980s.  I stand at the porch of my propaganda office in Th. Heftyes gate 4 during my stint as a correspondent in Scandinavia. The photo was published by the Scandinavian Airlines (SAS) inflight magazine with a story about me. The caption to the photo was: “Is there anything newsworthy in sight today?” 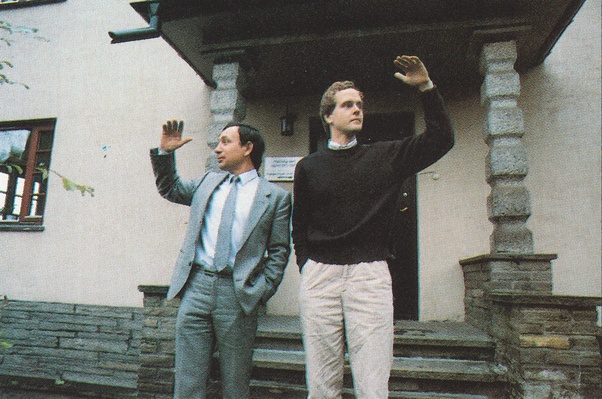